One of only three recording artists, along with Paul McCartney, and Michael Jackson, who have sold over 100 million albums worldwide both as solo artists and separately as members of a band, Phil Collins began his music career as drummer for Flaming Youth alongside guitarist Ronnie Caryl, Gordon Smith, and keyboardist Brian Chatton, recording only one album with the group before disbanding when Collins joined Genesis in 1970 as the group's new drummer.

Face Value was recorded between June 1980 and January 1981 at London's Townhouse Studios, and was produced by Grammy Award winner Hugh Padgham. Face Value was for the most part based on Phil Collins' first divorce which followed his 1979 leave of absence from Genesis.

Writing the majority of the album in the weeks after his wife left him, Collins reportedly stayed in his house alone for weeks working on songs that reflected his personal life. Initially, Collins didn't intend to record an album, however Atlantic Records (Genesis' record label), offered him a solo contract.

What resulted was a multi-platinum album (in the US, UK, Switzerland, Australia, Canada, France, the Netherlands, and Germany), peaking at number 1 in the UK, Canada, and Sweden, and launching a solo career that lead Phil Collins to become one of the most successful pop artists of all time.

Since its release, Face Value has continued to recieve critical acclaim. Recieving a 10/10 rating on Allmusic.com, Tim Sendra writes: "The gently sung, sweet-as-punch "This Must Be Love", which was written post-divorce about a new love, also gives an early respite after the lurching, bruising "In the Air Tonight". This range of sound and emotion is part of what helps the album succeed as much as it does; so does the feeling that Collins felt driven to make this album to help him heal. It's not a career move or a cash grab; it's a transmission from a wounded soul delivered with a soft touch and sensitivity. As such, it's Collins' most honest, most compelling work".

Check out the album's singles "In the Air Tonight", and "I Missed Again".

Captain Stomp has tried out this new remastered version of the album on vinyl and it sounds fantastic.  It brought back many memories of listening to this album in the early 1980s and the emotions conveyed in some of the quieter songs, such as You Know What I Mean and If Leaving Me Is Easy. 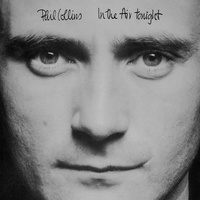 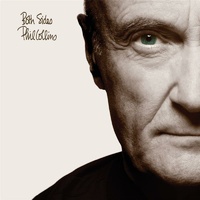