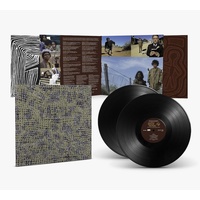 Long Walk Home: Music From The Rabbit-Proof Fence, for Philip Noyce’s film is about three aboriginal Australians who escape from a forced assimilation programme and attempt to walk the 1,000 miles home. With Gabriel joined by many of his established collaborators – producer David Rhodes, drummer Manu Katche, violinist L Shankar and qawwali singer Nusrat Fateh Ali Khan – it continues the pan-global territory explored on Passion.

This is arguably a much more accomplished and successful soundtrack than the other two films soundtracks, Birdy and Passion, drawing from found sounds, natural sound effects and sounds of the didgeridoo to enhance the barren beauty of the Australian outback.

Long Walk Home is one of those albums that burbles away in the background, only occasionally grabbing you by the throat. Some songs stand up – the haunting theme to “Gracie’s Recapture” is just one overdub away from an epic “Red Rain”-style Gabriel single, while the thunderous drums of the Dhol Foundation breathe energy into tracks like “Stealing The Children” and “Running To The Rain”. Best of all are “Ngankarrparni” and “Cloudless”, two pulsating waltzes that start with the rhythmic aboriginal chanting of Ningali Lawford and end with the massed harmonies of the Blind Boys Of Alabama.

Check out the tracks: “Ngankarrparni”; “Cloudless” and “Gracie’s Recapture”.

This double LP is the 2017 Limited, numbered 45 r.p.m. half speed remastered album housed in a gatefold sleeve with printed inner sleeves and digital download, pressed in Europe on 180-gram heavyweight vinyl. 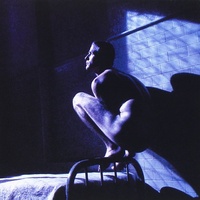