No Shape is the fourth studio album by American singer-songwriter Perfume Genius, released in May 2017 by Matador Records.

Trauma and its transformative powers have been at the heart of Perfume Genius' music since the beginning, and in its own way, No Shape is no exception. On earlier albums like Learning, it felt like Mike Hadreas had to fight through the pain to get out his hushed confessions, while the fierce Too Bright brought his anger to the surface.

No Shape finds Hadreas moving toward acceptance, allowing his music to bloom and grow. Musically and emotionally, it's a move that's as bold as Too Bright was, even though this album's sound is more incandescent than its predecessor's molten rage.

Technicolor arrangements and sonic tricks help Perfume Genius make good on the subversive lavishness Too Bright  promised: "Otherside" begins the album with a tender piano ballad that feels almost predictable - until it explodes into glittering choruses that are anything but. From there, Hadreas explores different sounds that reflect the need for change after pain, whether it's the luminous "Slip Away", the psychedelic orchestral synth-pop of "Just Like Love", the daring electro of "Go Ahead", or the brilliant Kate Bush homage "Wreath".

This newfound flexibility extends to No Shape's expressions of sensuality, which span the slow-burning trip-hop of "Die 4 You", the late-night sultriness of "Run Me Through", and "Sides", where '80s funk and synth-pop influences, strings, and Weyes Blood's ethereal vocals combine in a swooning, complex standout.

The most compelling proof of Hadreas' transformed state of mind may lie within No Shape's ballads. On songs like "Every Night" and especially the spine-tingling love song to his partner, "Alan", he sings with the gentleness of someone who's healed after being fragile and broken. Though No Shape shows how much his music has expanded since the Learning days, it also proves he hasn't lost any of his ability to connect with listeners. Instead, it reveals him as a sonic adventurer and truth teller who's made some of his most compulsively listenable music. 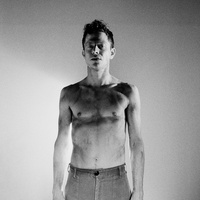