Gossip is the debut studio album by Australian rock band Paul Kelly & The Coloured Girls, originally released in September 1986 via Mushroom Records in Australia and A&M Records in the US.

Produced by Alan Thorne and Paul Kelly, Gossip was originally released as a double album in September 1986, peaking at #15 on the Australian national albums charts achieving gold record status.

There was singles chart success for "Before Too Long" which peaked at #15 and "Darling it Hurts" reaching #25.

Gossip was also widely released in America – launching Paul Kelly and his band – now called The Coloured Girls (after a line from Lou Reed’s ‘Walk On The Wild Side’) on an American tour, initially supporting Crowded House and then head-lining, travelling across the United States by bus.

"Darling it Hurts" peaked at #19 on the US Billboard Mainstream Rock chart in 1987.

The album contains a number of other significant songs, “Leaps And Bounds”, written about the sporting culture in Melbourne, and “Maralinga (Rainy Land)”, written about the effects of British atomic bomb testing on the indigenous people of Maralinga.

Check out the tracks:  “Before Too Long”; “Darling It Hurts”; “Leaps and Bounds”; “Randwick Bells”; and “Maralinga (Rainy Land)”.

This double album 2LP record set is a 2017 reissue on 180 gram heavyweight vinyl housed in a gatefold sleeve, pressed in Australia. 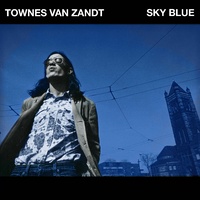