Songs For The Drunk And Broken is the twelfth studio album by British indie folk singer-songwriter Passenger, released in January 2021 via Black Crow Records.

Passenger is the stage name used by British singer-songwriter Mike Rosenberg, who gained widespread success with his single “Let Her Go” from his third album All The Little Lights. Passenger has achieved a high level of success in Australia where his albums have reached the Top 10.

Passenger toured in Australia in 2009 generating a big following and recorded his albums Flight of The Crow and All The Little Lights in Australia using Australian musicians.

The consistency of his output, coupled with his authenticity both on and off stage, has won Rosenberg a global fanbase and given him the chance to headline some of the world’s most famous stages.

Rosenberg’s latest album, Songs For The Drunk And Broken Hearted, follows his 2020 solo acoustic album Patchwork. He thought it was ready to go in early 2020, but then the COVID-19 pandemic turned the world upside down. The majority of the album had been written when Rosenberg was newly single and many of the songs are populated by drunk and broken-hearted characters with the album being about heartbreak across the board. He added: "I think it's a very strange world we live in, and everything I experienced usually percolates around the brain box for a little bit and then gets channelled into the songwriting, so a breakup is no different. It’s a very extreme version of that”.

Songs For The Drunk And Broken Hearted includes the recently released tracks “The Way That I Love You” and “London In The Spring” as well as a number of additional tracks written during lockdown.

All physical packaging is made from 100% recycled material and all profits from the album go to Ecologi and Eden Reforestation Project, a non-profit organization that works in developing countries to rebuild natural landscapes destroyed by deforestation.

This double album 2LP record set is on black vinyl housed in a gatefold sleeve with biodegradable packaging, pressed in the UK via Black Crow Records. 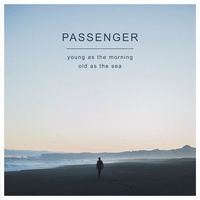