Panic! At The Disco - Pretty. Odd.

Pretty. Odd. is the second studio album by American pop rock band Panic! At The Disco, originally released in March 2008 via Decaydance and Fueled By Ramen.

Inspired by baroque pop and the works of The Beatles, The Beach Boys and The Zombies, the psychedelic-styled rock album differs greatly from the techno-influenced pop punk of the debut album A Fever You Can't Sweat Out (2005).

This album is a 2017 reissue on black vinyl with a printed inner sleeve, pressed in Europe via Fueled By Ramen. 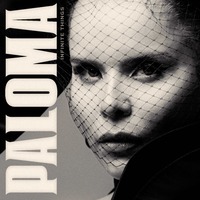