Singularity is the second studio album by Australian metalcore band Northlane, released in March 2013 by We Are United and Distort.

Northlane have stormed past first album Discoveries with even more aggression than ever on Singularity. It exceeds and goes beyond the already high bar set by Discoveries, as this album demonstrates a perfect example of interesting rhythms, each track containing passion and individuality. Major improvements can be heard, not just in the production but both vocally and technically. The boys have tweaked and perfected those heavy but beautiful guitar tones, with multifaceted grooves.

This album definitely has a driving force in the form of drummer Nic Pettersen. All throughout, Singularity’s use of the bass pedal is massive, together with flawless snare cracks, creating another dimension. Not forgetting the great cymbal splashes, where Windbreaker is a great example of this.

The fifth track Quantum Flux, seizes a mammoth amount of energy, giving you a clear reflection of what this album is all about – absolute carnage. Adrian Fitipaldes’ decent attempt at clean vocals intensifies the track wonderfully, giving a feeling of floating. The days of awkward high notes are gone, demonstrating the amount of work gone into the album. These lyrics are something we can all relate to and they pump an immense amount of excitement and motivation. It demonstrates improvement; expanding and experimenting, all the ingredients for a successful band.

Featuring a guest vocal spot by Drew York of Stray From The Path, Masquerade the eighth track is a perfect combination of brutality and distinctive vocals make for an amazing asset to the album. With a bouncy guitar melody among the fast drum beats, it is a perfect lead up to the mammoth drop. It’s definitely worth a listen.

Title track Singularity is a pleasant change in the albums atmosphere, boasting a slow and ambient mood. It contains a quote from Terrance McKenna, about the disregard for modern society and how we are brainwashed by the government and media – very interesting. It pours into the next track Aspire, containing both a catchy tune and brutal hard beats, perfect for banging your head to!

Singularity was by far the best step forward for Northlane. It is focused, exciting and sweet to the ear. Even though it is short and no song seems to be long enough, Northlane definitely made their mark on the scene.

Check out these tracks: Windbreaker; Quantum Flux; Masquerade and Singularity.

This deluxe double LP reissued on 180 gram heavyweight vinyl housed in a gatefold sleeve with lyric insert is pressed in Australia. 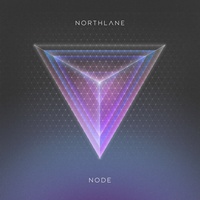