What kind of music does Norah Jones make? On previous efforts, her songs cozied up to folk, country, blues, R&B, Spaghetti Western rock and hip-hop to the party. Clearly, she can mix well with any sound.

Day Breaks has Jones returning to jazz, while she has flirted with the genre since her early club days, only on Day Breaks does she fully explore its adventurous chord progressions and luxuriate in its freer phrasing. She does both with confidence and skill, aided by input from genre experts Wayne Shorter and Dr. Lonnie Smith.

On Day Breaks Jones concentrates again on her piano, after working with guitar on many of her releases in between. In fact, she shows greater command of the instrument than before, presenting her solos and fills as equal to her melodies and vocals.

One through-line in Jones’ sound holds: She still operates on slow-burn, singing intimately while hushing the volume and measuring the pace. It’s a wee-small-hours-of-the-morning sound yet it’s far from sleepy. Amid that groove, Jones found a sensual new texture for her voice. There’s more smoke in her tone and her vibrato lingers longer, melting into her dexterous keyboard work.

During “And Then There Was You”’ Jones channels a young Diana Washington. In “Sleeping Wild”, she invokes the subtler tones of Ella Fitzgerald.

Two classic jazz covers turn up: “Peace”, by Horace Silver, where Jones swans over the melody, and “African Flower”, by Duke Ellington, where her piano creates a dreamy dialogue with Wayne Shorter’s painterly soprano sax.

The original compositions prove equal to the covers, running from the swing of “It’s A Wonderful Time For Love”, to the bluesy reflection of “Tragedy”. Still, it’s the relationship between Jones’ voice and her piano that impresses most. Not since her entrancing debut has she sounded this engaged.

Check out the tracks: “Carry On”; “Day Breaks” and “Flipside”.

This LP Record is on Black Vinyl housed in a Gatefold Sleeve with a Digital Download Code, pressed in the US. 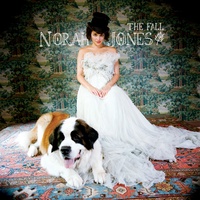 The Edgar Winter Group - They Only Come Out At Nig