Love You To Bits is the seventh studio album by British art-pop duo no-man, released in November 2019 via Caroline International.

Eleven years after the band's ambient laden last studio album Schoolyard Ghosts (2008), no-man returns with a gloriously ambitious statement unlike anything in its back catalogue. Consisting of two connected twenty minute long, five-part pieces “Love You To Bits” and “Love You To Pieces”, the album combines shimmering pop and pulsating electronica elements in fresh and surprising ways

Twenty-five years in the making and lyrically chronicling the aftermath of a relationship from different perspectives, Love You To Bits features poignant melodies, big beats and breathtaking solos that collide with ethereal textures and bold experiments to create the most dynamic and diverse no-man release to date.

The album evokes the disco beat and synth sounds of Georgio Moroder’s production work of the late 1970s with melodic lines that come and go throughout the album providing a thematic connection across the whole piece. There are mood swings and quieter emotional points throughout, and some superb guitar work on Side A that evokes Wilson’s prog rock roots. It’s a rewarding listen and some may be put off by the disco themes, however it is a much more varied and up-tempo album than the predecessor, whilst still dealing with the emotional aftermath of a break-up.

This album was worth waiting for and adds to the varied body of work that Steven Wilson has created in his musical career to date.

The distinctive cover art with the giant disco ball was created by Carl Glover, which provides a nod to the 1970s disco period.

This LP record is on 180 gram black vinyl with a printed inner sleeve, pressed in Europe via Caroline International. 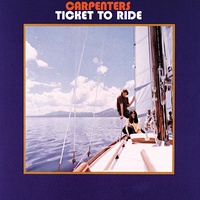