Flicker peaked at #2 in the Australian ARIA albums charts, with the album being certified gold.

Heartbreak Weather looks set to continue Niall’s success, with the album including lead singles “Nice To Meet Ya”, “Put A Little Love On Me”, and “No Judgement”.

This album is on 180 gram heavyweight vinyl housed in a plain poly lined inner sleeve with printed booklet, pressed in Europe via Capitol Records. 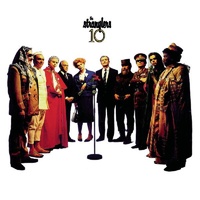