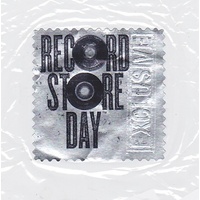 Harvest Moon sees Young return to his acoustic roots, with many fans considering this to be a sequel to his 1972 album Harvest.

Many of the musicians appearing on this album also appeared on Harvest, further cementing that connection of a sequel in the eyes of music fans.

After recording the harder rock album Ragged Glory (1990) with his band Crazy Horse and embarking on a supporting tour of that album, Young suffered from tinnitus, a hearing ailment. He returned to the studio to work on an acoustic album with producer Ben Keith, recording an album using analogue equipment so as to produce a “warmer” sound.

Greg Kot reviewing the album for Rolling Stone magazine rated the album 4 stars (out of 5) writing:  “…Neil Young has spent the last twenty years flitting from style to style like a moth trapped in a warehouse full of light bulbs. So it should come as no surprise that after a couple of albums in which he explored the outer limits of guitar noise, Young has pulled the plug, strapped on his acoustic and wheeled in the pedal steel for Harvest Moon.

The title echoes Harvest, Young's countryish album of two decades ago, and the music recalls its gentle flavor. Harvest was a mellow bestseller, an uncharacteristic middle-of-the-road pit stop in a decade of deeply personal and sometimes highly eccentric releases, and Harvest Moon also sounds as if it was made for lazy hammock-swinging afternoons. But beneath its placid surface are the craggy scars of middle age, when holding onto and cherishing love is a lot more difficult than finding it.

When Young last explored the same subject on Ragged Glory, from 1990, he whipped up great funnel clouds of feedback. Harvest Moon sounds like the calm after the storm, with a hushed musical landscape at times populated only by a ghostly harmonica, a few spooky bass lines and Young's cracked, lonesome tenor. The opening series of songs traces a path from restlessness to reaffirmation, in which the rootless "Unknown Legend" and the doubt-filled narrator of "From Hank to Hendrix" finally find contentment beneath the "Harvest Moon."

As if to show how his perspective has changed, Young uses orchestration similar to Harvest's "A Man Needs a Maid" on "Such a Woman," but the earlier song's outdated perspective has transformed into homage. On "One of These Days," which looks back fondly on lost friends (with initials C, S and N, perhaps?), and the corny "Old King," Young briefly detours toward the maudlin and trivial. But "War of Man" and the towering "Natural Beauty" bristle with the paternal anger of one who appreciates just how fragile everything on the planet is — including the planet itself.

The Stray Gators and a bevy of singers, including Linda Ronstadt and Nicolette Larson, give these melodies just the right amount of massaging. And within these spare settings, Young's search for shelter from the storm resonates like a heartbeat…”

Check out the tracks:  “Harvest Moon”; War of Man”; “Unknown Legend”; and “From Hank to Hendrix”.

This double album  2LP record set is a 2017 Record Store Day Black Friday reissue on black vinyl with etched Side D, housed in a gatefold sleeve with a printed insert, pressed in Europe and limited to 5,000 copies.