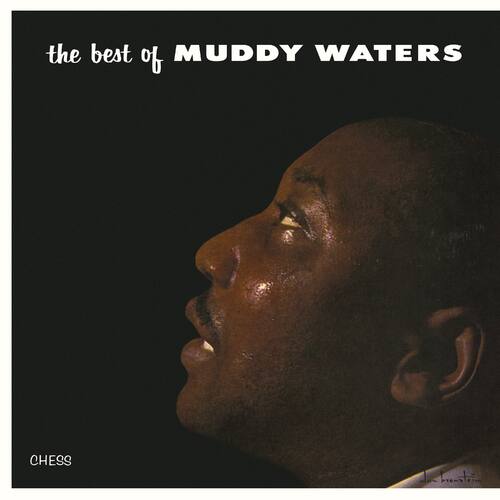 The Best of Muddy Waters is the first compilation album by American blues musician Muddy Waters, originally released in April 1958 via Chess Records.

This compilation album brings together singles originally released between 1948 and 1954 and was the first long-playing LP album released by Muddy Waters. His first studio album would follow in 1960 with Muddy Waters Sings Big Bill.

Around 1947, Muddy Waters began recording for Aristocrat Records, a newly formed label by Leonard and Phil Chess, and in 1948 he recorded a single “I Can’t Be Satisfied” / “I Feel Like Going Home” that became a #11 hit on the Billboard magazine Rhythm & Blues records chart. Soon after Aristocrat changed its name to Chess Records and the song that would become Waters signature song “Rollin’ Stone” was released in 1950.

Initially, the Chess brothers would not allow Muddy Waters to use his working band in the recording studio; instead, he was provided with a backing bass by Ernest "Big" Crawford or by musicians assembled specifically for the recording session, including "Baby Face" Leroy Foster and Johnny Jones.

Gradually, Chess relented, and by September 1953 he was recording with one of the most acclaimed blues groups in history: Little Walter Jacobs on harmonica, Jimmy Rogers on guitar, Elga Edmonds (also known as Elgin Evans) on drums, and Otis Spann on piano. The band recorded a series of blues classics during the early 1950s, some with the help of the bassist and songwriter Willie Dixon, including "Hoochie Coochie Man", "I Just Want to Make Love to You", and "I'm Ready".

Along with his former harmonica player Little Walter Jacobs and recent southern transplant Howlin' Wolf, Muddy Waters reigned over the early 1950s Chicago blues scene, his band becoming a proving ground for some of the city's best blues talent.

Little Walter continued a collaborative relationship long after he left Muddy Waters's band in 1952, appearing on most of the band's classic recordings in the 1950s. Muddy Waters developed a long-running, generally good-natured rivalry with Wolf. The success of his ensemble paved the way for others in his group to make their own solo careers and in 1952, Little Walter left to embark on his solo career when his single "Juke" became a hit.

This is a classic album of blues, bringing together these key early landmark recordings by Muddy Waters onto one long play album.

The Blues Foundation Hall of Fame inducted it as a "Classic of Blues Recording" in 1983. The album appears in the Encyclopaedia of Popular Music as a Classic Album with a 5 star rating (out of 5), indicating that this is an essential album for any record collection.

This LP record is a “Back to Black” series reissue on 180 gram heavyweight vinyl with a digital download code, pressed in Europe via Geffen Records.