All The Young Dudes is the fifth studio album by British rock band Mott The Hoople, originally released in July 1973 via CBS Records in the UK and Columbia Records in the US.

This album proved to be a turning point for the band, who were about to break up when David Bowie provided them with the song “All The Young Dudes”, which would become their highest charting single in the UK and US.

David Bowie was a fan of the band and he stepped in to provide them with the title track and produced their album when he heard that they may be breaking up. Mick Ronson, a member of Bowie’s then backing band, contributed the string arrangements for the final song on the album, “Sea Diver”.

David Bowie’s production took the band to the centre of the glam rock movement. The album kicks off with a great cover of Lou Reed’s “Sweet Jane” and “Momma’s Little Jewel” is a cool rocker with a piano foundation, showcasing Ian Hunter’s songwriting skills.

“One of the Boys” was released as the second single from the album in North America, peaking at #96 on the US Pop Singles charts. “Soft Ground” was written by organ player Verden Allen who sang lead vocals on the song. Mick Ralphs sang lead vocals on his contribution to the album “Ready For Love/After Lights”. A reworked version of “Ready for Love” would later appear on Mick Ralph’s subsequent band Bad Company on their self titled debut album.

The short closing track “Sea Diver” is a beautiful piano based ballad with subtle guitar and a stirring string arrangement. Ian Hunter delivers an emotive vocal that is distinctly unique and defining of his vocal style. A great way to close the album. One of “The Captain’s” favourite Mott The Hoople tracks.

This limited edition individually numbered LP record is on 200 gram audiophile vinyl with a silver foil sleeve and remastered audio, limited to 1,000 copies, pressed in US via Drastic Plastic Records. 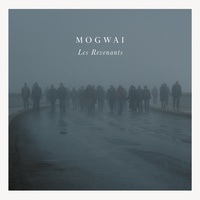