Recorded in late summer 1979 and released by the end of the year, Bomber quickly followed up Overkill, Motörhead's landmark breakthrough album from earlier in the year.

Bomber bears a lot in common with its fan-favourite predecessor. The music explodes on song after song, thanks to the crazed performances of the band as well as the well-overdriven, ear-rattling production perfection.

There are a couple killers here, namely "Dead Men Tell No Tales", "Stone Dead Forever", and "Bomber", making it a top-shelf Motörhead album, one of their all-time best, without question.

Bomber kicks ass, and its best moments are as superlative as any Motörhead would ever record. The band was really on fire during this point in time and could seemingly do no wrong.

Check out the tracks: “Bomber” and ”Dead Men Tell No Tales”.

This reissued LP with reproduced original artwork and digital download code is pressed in Europe on 180-gram heavyweight vinyl by Sanctuary Records. 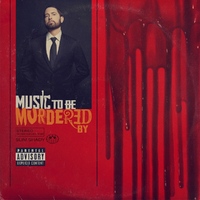