Beginning his professional career at the age of 14, forming The Sallyangie, composer Mike Oldfield released his debut LP Children of the Sun at the age of 15, and by the age of 16, he was playing bass with Soft Machine founder Kevin Ayers' group The Whole World alongside experimental classical arranger David Bedford and avant-garde jazz saxophonist Lol Coxhill; quickly becoming the band's lead guitarist, and featuring on the 1971 LP Shooting at the Moon. However Oldfield's rise to fame came with the success of Tubular Bells: An atmospheric, intricate composition that fused rock and folk motifs with the structures of minimalist composition, the 49-minute instrumental piece (performed on close to 30 different instruments, virtually all of them played by Oldfield himself) spent months in the number one spot on the U.K. charts, and eventually sold over 16 million copies worldwide. In addition to its employment as the theme for The Exorcist, as the debut release for Virgin Records (the album was created using studio time gifted by Richard Branson), Tubular Bells almost single-handedly established Virgin as one of the most important labels in the record industry, and created a market for new age music, winning the Grammy for Best Instrumental Composition in 1974.

Voyager fits nicely into the mix of Oldfield’s discography. There is a strong Celtic influence and feel to this album, which finds Oldfield in what appears to be a very relaxed mood.  It’s decidedly more oblique than his usual material, with 6 of the 10 tracks reworked traditional Irish/Celt folk arrangements. Oldfield is surrounded by classical orchestra (LSO), choir and a slew of famed Irish musicians (Davy Spillane and Matt Molloy, among others).

He has matured, progressed, veered and swerved many times but he remains Mike Oldfield. While not a masterpiece by any stretch, Voyager remains a bold chapter in the Oldfield adventure, a little aroma of Eire laced into his rather inimitable recipe.

Oldfield's musicianship if of course exemplary, but there is little, if any, of the complex structures and intricate guitar work of his other albums. He's working well within himself here. No criticism is intended, it is refreshing to hear him adopting a more straight forward approach. Indeed, given the way he has introduced Celtic influences to many of his works, Voyager is really just a logical progression for him.

From a prog perspective, this album is not particularly strong. From a more general point of view, it is an enjoyable, easy to listen to diversion.

Check out the tracks: “The Voyager”; “The Song Of The Sun” and “Women Of Ireland”.

This album is released on vinyl for the very first time!

This LP Record is reissued on 180 gram heavyweight vinyl with an anti-static protective inner sleeve, pressed in Europe. 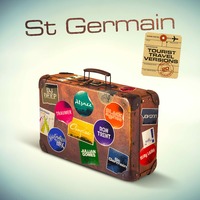