Master Of Puppets forever changed the world of metal. Its influence can’t be denied. Acclaimed by critics and musicians alike, it is an album of great esteem. Metallica was still a fledgling band at the time, but they had put out two masterpieces in a row, and Master Of Puppets continued that trend and helped Metallica cement their legacy alongside metal behemoths.

The record itself is musically rich and diverse. It is full of the classic Metallica nuances that fans became used to, but with added progressive and melodic elements thanks to the genius of Cliff Burton (R.I.P.), the brilliant songwriting of Lars Ulrich & James Hetfield, and Kirk Hammett's timeless solos on tracks such as Disposable Heroes, a mighty thrash anthem that is one of Metallica's greatest epics.

Tracks such as Battery, Leper Messiah, & Damage Inc. highlight Metallica's thrash mastery, pumping out adrenaline in an artful and ingenious way. The more progressive & melodic tracks such as Master Of Puppets & Orion show a side of Metallica that had not been yet seen, and it showed the musician progression and how it had leaped bounds since their inception.

The individual musical performances cannot be underestimated. The album is full of brilliant instrumental performances. Hetfield himself wrote some of the greatest riffs of all time in this album alone, Master Of Puppets is the quintessential "riff" song in my humble opinion. Hammett pumped out some of the most iconic solos of all, and even in their simplicity, they are creative and well thought out pentatonic shredders. Lars is on top of his game here, and a force not be reckoned with. The albums iconic double bass parts in Battery, Disposable Heroes, Leper Messiah, & Damage Inc. still have fans mesmerized to this day. Last but not least, Cliff Burton is the primary reason the album turned out the way it did. His melodic sensibilities and knowledge of classical music helped Metallica transcend from their primitive beginnings. The bass playing itself is brilliant, Cliff keeps his trademark "lead" bass on tracks like Orion a masterpiece that he wrote himself, highlighting his musical prowess in a mere 8 minutes of pure musical ecstasy. Cliff was one of the first "bass virtuosos". His bass playing is powerful, driving and at times sensitive.

This album is a 2017 reissue on 180 gram black vinyl with a printed inner sleeve, pressed in Europe via Blackened Recordings. 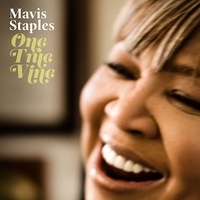