Men At Work formed in 1978 by Colin Hay on lead vocals and guitar, Jerry Speiser on drums and Ron Strykert on lead guitar. They were joined by Greg Ham on flute, saxophone, and keyboards and finally John Rees on bass guitar. This line-up achieved national and international success in the early 1980s. In January 1983, they were the first Australian artists to have a simultaneous No. 1 album and No. 1 single in the United States Billboard charts with Business As Usual and "Down Under" respectively. With the same works, they achieved the same distinction of a simultaneous No. 1 album and No. 1 single on the Australian, New Zealand and United Kingdom charts.

Their follow-up album to Business As Usual was Cargo, released in May 1983. The album was produced by Peter McIan with recording being completed by mid-1982 but held back from release due to the on-going chart success of its predecessor. The album did not receive the same level of critical acclaim upon release, however it did perform strongly in the charts both in Australia and Internationally.

The band toured extensively in 1983 in support of the album and by the time the band reconvened in 1984 to work on their third album Speiser and Rees were told they were no longer required, bringing to a conclusion this “classic” line-up of the band.

In retrospect Cargo was a hard act to follow such a successful and strong debut album, but it is a very good record in its own right. The production and quality of musicianship still stand the test of time.

This limited edition individually numbered LP record is on 180 audiophile vinyl housed in a gatefold sleeve with remastered audio, pressed in the USA via Mobile Fidelity Sound Lab. 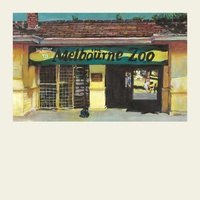