The System Has Failed is the tenth studio album by American thrash metal band Megadeth, released in September 2004 via Sanctuary Records.

Megadeth was formed in 1983 by guitarist Dave Mustaine and bassist David Ellefson, shortly after Mustaine's dismissal from Metallica. A pioneer of the American thrash metal, Megadeth is one of the big four who helped popularise and develop the genre along side Anthrax, Metallica, and Slayer. The band are noted for their technical style, featuring fast rhythm sections and complex arrangements, along side themes of death, war, politics and religion.

The System Has Failed was the first of three Megadeth records not to include original bassist David Ellefson, it instead features session players, including former guitarist Chris Poland on lead guitar, who chose to provide parts and solos on a contractual basis instead of rejoining the band.

The System Has Failed was recorded at Oceanway Studios and Emerald Entertainment in Nashville, with additional recording done at Phase Four Studios in Tempe, Arizona. It was produced by vocalist and guitarist Dave Mustaine along side Jeff Balding (noted for his work with Giant). The album was well recieved both critically and commercially, debuting at number 18 on the US Billboard 200, with critics hailing The System Has Failed as a brilliant return to form. Revolver described the album as "Megadeth's most vengeful, poignant and musically complex offering since 1992's Countdown To Extinction".

This is a Music On Vinyl 2016 Reissue on 180 Gram Audiophile Vinyl with a Printed Insert, pressed in Europe. 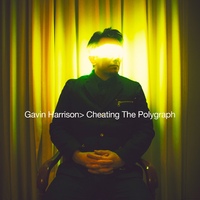