Rust In Peace is the fourth studio album by American metal band Megadeth, originally released in September 1990 via Capitol Records.

In 1990, Rust In Peace became the last word in state-of-the-art thrash metal, thanks to Dave Mustaine and Dave Ellefson’s overdue pairing with musicians of higher musical calibre in drummer Nick Menza and guitar shredder extraordinaire Marty Friedman. In Friedman, Mustaine, in particular, finally found a six-string foil whose talents were arguably even technically more polished than his own, and so Rust In Peace turned into an absolute master-class in heavy metal guitar playing.

Right off the bat, the bar was set incredibly high by the two-part classic, “Holy Wars… The Punishment Due” - the first, thrashing half of which was inspired by the ongoing religiously motivated conflicts in Northern Ireland, and the second, more deliberate and sinister half by the Punisher comic book character (beautifully inter-connected by a stunning Arabian run from Friedman).

By comparison, the next number, “Hangar 18”, is unusually linear, giving Rust In Peace its most radio-friendly offering, before the album once again enjoined its ambitious mission statement on the ruthlessly complex “Take No Prisoners” and occult-themed “Five Magics”. introduced by a memorable bass build-up from Ellefson.

Escalating steadily from the head-down, fists-up moshing of “Poison Was The Cure,” to the darkly melodic witchy tale of “Lucretia”, and then culminating in another high water mark in Megadeth’s career via the almost fretboard maelstrom of “Tornado Of Souls”, where Mustaine and Friedman jousted with almost superhuman intricacy surrounding the latter’s jaw-dropping solo break.

Beyond this, all that was left to do now was to wind down with the instrumental interlude, “Dawn Patrol”, and the closing apocalyptic statement of the once again two-dimensional “Rust in Peace… Polaris”.

Rust In Peace leaves you breathless by such frantic virtuosity, and most critics seemed to feel the same way, as they proceeded to ladle heaps of praise. Rust In Peace pushed into the Billboard 200’s Top 25, the U.K. Top 10, and onwards past the platinum sales plateau.

Most important of all, Rust In Peace finally showed Dave Mustaine what he was capable of, and that the sky was truly the limit for Megadeth, if only he could stay out of his own way. This realization led, in turn, to a period of unprecedented lineup stability for much of the ’90s, and a time that saw Megadeth unleashing consistently stellar albums - each of them special in its own peculiar way, but all of them moulded on the level-headed modus operandi that produced Rust in Peace.

This reissued LP with reproduced original artwork is pressed in the USA on 180-gram audiophile vinyl via Capitol Records "From The Capitol Vaults Series". 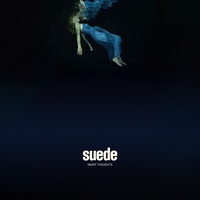