Direct from Melbourne’s inner northern suburb of Preston hails one of Australia’s most promising MC’s. Having sold out his first two 7” records within weeks of releases in 2005 (via Mass MC’s Doublebeef records), this was a taste of things to come in the near future.

2010 saw the release of Maundz’s first nationally distributed and highly successful album Mr Nobody, garnering love from across the board and earning Ozhiphop.com’s 2010 "best album", "best solo album" and "best male MC" awards. With a knack for penning slick vernacular and a humorous approach to writing, Maundz raps with an effortless conviction that is quickly sending other artists back to the drawing board.

The album's release was preceeded by the single "Whiplash".

This Limited Edition Reissue Double LP Record is pressed on Aqua Blue Vinyl and was limited to 250 copies. It was pressed in Australia. 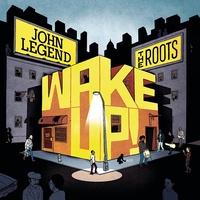