Slow Dawn is the tenth solo studio album by Australian singer songwriter Mark Seymour, released in May 2020 via Bloodlines.

Originally released in May 2020, Mark Seymour & The Undertow’s latest studio album, Slow Dawn, will be released on vinyl in October 2020.

Slow Dawn is Mark Seymour’s 10th solo studio album, and the fourth to be credited to Mark Seymour & The Undertow.

“Slow Dawn is like the Great Australian Novel. Filed with mystery and intrigue and images you’ll never forget. Mark Seymour has always dreamed big. And with Slow Dawn, he obviously set out to make a great album. Album of the year? Without a doubt. ” – STACK

“Arguably the finest album of Seymour’s storied career. With Slow Dawn, he has crafted a classic” – Rhythms

This album is on 180 gram black vinyl with a printed inner sleeve, pressed in Australia via Bloodlines. 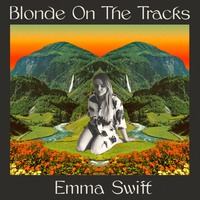