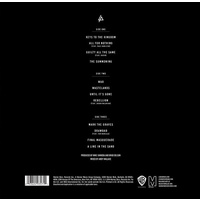 The Hunting Party is a departure from the electronic rock sound of the band's previous two studio albums. The album is the first since 2003's Meteora not to be produced by Rick Rubin, and instead was produced by band members Brad Delson and Mike Shinoda, taking just under a year to record and produce.

The album also features guest appearances from Page Hamilton of Helmet, Daron Malakian of System of a Down, Tom Morello of Rage Against the Machine, and Rakim, marking the first time Linkin Park has collaborated with other artists on a studio album.

The title of the album, The Hunting Party, is a contextual metaphor. The album, a return to the band's original harder rock-centric sounds, represents the band's desire to not only create something different from other rock bands, but to also bring back the "energy and soul" of rock itself. In an interview, Mike Shinoda elaborated:

"We got so sick of other bands trying to be other bands and playing it safe the whole time, so the album name comes from a theory about culture becoming too passive, everyone just standing around waiting for opportunities to come to them instead of going out and getting theirs. I'm aware there are always going to be heavier bands than us, but The Hunting Party is Linkin Park going out and getting it for ourselves."

The inspiration for the title came from an article Shinoda read about a Japanese writer's concerns about today's growing society. The writer described the young men of today as "herbivores", grazing, waiting for an opportunity to come to them, rather than hunting for it.

The Hunting Party debuted at #3 on the US Billboard 200 behind Lana Del Rey's Ultraviolence and Sam Smith's In the Lonely Hour, with first-week sales of 110,000 copies, marking the first week in 2014 where three albums sold more than 100,000 copies in the US.

This Double Album 2LP Record set is on black vinyl with Exclusive Artwork and Special Etched Side D, housed in a Gatefold Sleeve including 6 Page Fold Out Poster. pressed in Europe. 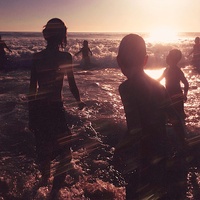