C’mon You Know is the third solo studio album by English musician Liam Gallagher, released in May 2022 via Warner Records.

C’mon You Know follows the huge success of Liam’s previous studio albums As You Were (2017) and Why Me? Why Not. (2019), which established his iconic status for a whole new generation. His MTV Unplugged album (2020) also went straight to #1 on the Official Albums Chart.

Between his triumphs as a solo artist and his phenomenal success with Oasis, Liam has spent a combined total of almost six months at #1 across eleven chart-topping albums.

The album was produced by Andrew Wyatt who also played a key role in writing the songs with Gallagher for the album. The album was preceded by four singles "Everything's Electric", "C'mon You Know", "Better Days" and "Diamond in the Dark".

A double live album Down By The River Thames was also released on the same day as the studio album.

This album is on 140 gram black vinyl housed in a gatefold sleeve with printed inner sleeve, pressed in Germany via Warner Records. 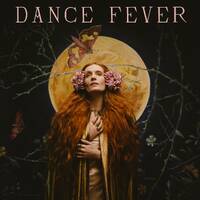