Bridges’ easygoing approach makes his music accessible. His voice has a seductive quality that beckons one to feel deeply. The gentle doo wop beat that surrounds his serenade to his “cutie pie” (re: “Brown Skinned Girl”) suggests he wants to do more than just hold a stranger in his arms. In the early years of rock, singers used these kinds of euphemisms because records would not be played on the radio if they were too suggestive, Bridges uses a more innocent style to be sultrier than a singer offering risqué lyrics.

The most earnest cut, “Lisa Sawyer”, tells the story of his mother’s life, including finding Christ at age 16. He offers no hidden meanings to his mother’s ability to survive hard times and thrive with the little she had. Bridges comes off as a proud son paying tribute to his parent; nothing more, nothing less. The fact that he can make this into a compelling tale without overdramatising the details reveals his knack for narrative. He can sing a story.

Coming Home is short, at about half an hour, but it’s a journey to the past that you’ll want to keep taking.

This LP was pressed in Europe on 180 Gram Heavyweight Vinyl, includes a printed inner sleeve and a digital download of the album. 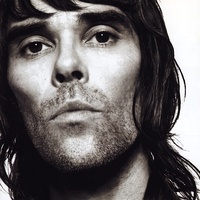