When You See Yourself is the eighth studio album by American alternative rock band Kings Of Leon, released in March 2021 via RCA Records.

Nearly four years after the success of Walls, Grammy Award winning rock band Kings Of Leon are back with their eighth studio album, When You See Yourself.

The eleven track album continues the band’s tradition of five syllable album titles and was produced by Markus Dravs.

Since their debut in 2003, Kings Of Leon have sold over 20 million albums and nearly 40 million singles worldwide, and have toured all over the world, playing at top venues and headlining major festivals such as Bonnaroo, Lollapalooza, Austin City Limits, and Glastonbury.

This double album 2LP record set is on 180 gram black vinyl housed in a gatefold sleeve with a printed booklet, pressed in Europe via RCA Records. 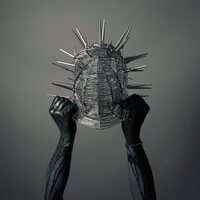