Polygondwanaland is the fourth of five albums that the band had planned to release in 2017, and follows Flying Microtonal Banana released in February 2017, Murder Of The Universe released in June 2017, and Sketches Of Brunswick East released in August 2017.

Polygondwanaland was not released by the band in any physical format via their record label at that time. The band uploaded the master tapes for the album (including a vinyl master) to the internet, for anyone to make their own copies of the album.

In late 2018 the album was officially released via their own record label Flightless Records on two coloured vinyl variants.

The album was well received by music critics and is another solid album, despite the quantum of new music released by the band in 2017. The album flows well and incorporates elements from their prior releases in 2017, a strong showing for the band.

The song “Crumbling Castle” was released as a single from the album, with a video clip uploaded to YouTube.

This album is a 2021 repress on transparent green coloured vinyl, pressed in Australia via Zenith Records. 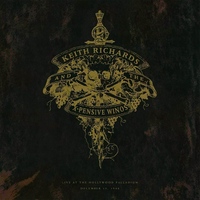