Plastic Bouquet is a collaborative studio album by Canadian folk duo Kacy & Clayton and New Zealand singer songwriter Marlon Williams, released in December 2020 via New West Records in the US and Caroline in Australia.

Every December, Christchurch, NZ enjoys the start of summer as Saskatoon, SK, Canada  begins to freeze over. For as far apart as these places may seem, you would never know it from the sound of Plastic Bouquet, the debut collaborative album between Saskatoon duo Kacy & Clayton and Christchurch singer and songwriter Marlon Williams.

While on tour across Europe in 2017, Kacy & Clayton quite literally stopped Marlon in his tracks. As if playing by divine design through the radio, the pair’s “Springtime Of The Year” immediately enchanted him.

Soon thereafter, Marlon hopped a flight to Saskatoon and they wrote and recorded the bulk of what would become Plastic Bouquet. They unlocked undeniable chemistry.

With Plastic Bouquet, these three musicians find common ground in dusty country spun through a kaleidoscope of psychedelic soul and dreamy fifties delivery.  They created an ethno-sphere that is more than the sum of its parts. It’s also the beginning of something very exciting.

This album is a limited edition on white coloured vinyl with a printed inner sleeve, pressed in Australia via Caroline Australia. 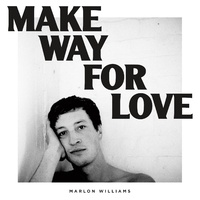