Released two months after the passing of lead singer and lyricist Ian Curtis, Closer is a faultless album showing Joy Division at the peak of their powers with their songwriting and arrangements, allowing the band members to showcase their individual prowess in perfect harmony.

Songs like “Isolation” and “Twenty Four Hours” are spine tingling and the album is regarded as one of the greatest albums released in the 1980s.

Closer was recorded in March 1980 at Britannia Row Studios in Islington, London. It was produced by the highly praised Martin Hannett whose distinctive production style utilised unorthodox sound recording and technology.

The album reached #6 on the UK albums charts and following the release of the non-album single “Love Will Keep Us Together” in June 1980, the remaining members regrouped and continued making music as New Order.

This album is a 2015 reissue on 180 gram heavyweight black vinyl with replicated original artwork, with audio cut from the 2007 remasters, pressed in Euorpe via Factory Records. 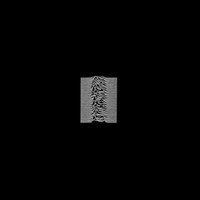