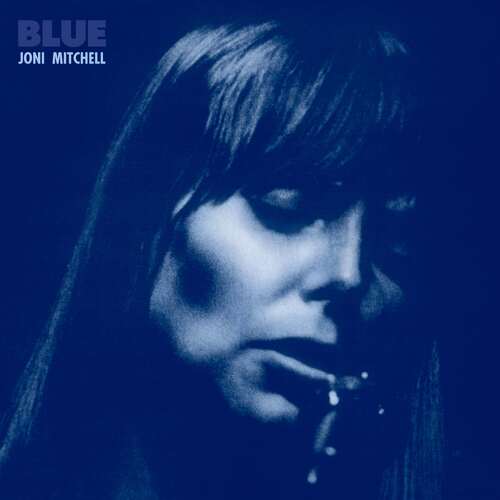 Blue is the fourth studio album by Canadian artist and singer-songwriter Joni Mitchell, originally released in June 1971 via Reprise Records.

Exploring the various facets of relationships from infatuation on "A Case of You" to insecurity on "This Flight Tonight", the songs feature simple accompaniments on piano, guitar and Appalachian dulcimer.

The pivotal experience in Mitchell's life that drove the emergence of the album was her relationship with James Taylor which had begun after she had broken up with her long time boyfriend Graham Nash.  The songs "Blue" and "All I Want" have specific references to her relationship with Taylor.

Mitchell continued to use alternate tunings on her guitar to allow easier access to augmented chords and notes in unexpected combinations.

Today, Blue is generally regarded by music critics as one of the greatest albums of all time; Mitchell's songwriting and compositions are frequent areas of praise.

In January 2000, the New York Times chose Blue as one of the 25 albums that represented "turning points and pinnacles in 20th-century popular music".

This album is a 2022 reissue on 180 gram black vinyl housed in a gatefold sleeve featuring newly remastered audio by Bernie Grundman under the supervision of Joni Mitchell, pressed in Europe via Reprise Records.