Most recently Wilson contributed guitars and keyboards to Roger Waters latest solo album Is This The Life We Really Want (2017). Wilson is currently touring with Waters on the Us + Them World Tour, contributing lead vocals and guitars to the touring band.

The album features the singles “Loving You” and “Over The Midnight”.

The album has been released to critical acclaim and James McNair reviewing the album for Mojo magazine rates the album 4 stars (out of 5) summarising as follows “….still, it’s the pensive sensibility of Roger Waters…that seems to inform “49 Hair Flips”, “Me” and “Sunset Blvd.”, while the delicate coda of joyful album stand-out “There’s A Light”, is an obvious Floyd homage. This is the first Wilson solo album to use synths and drum machines, and as he picks over a failed relationship and its aftermath via cosmic-sounding lyrics, Rare Birds unpacks a wealth of sonic detail. In the best way, this feels like a record you could lose yourself in for months…”. 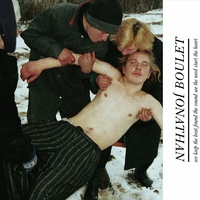