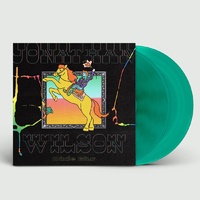 Dixie Blur is the fourth studio album by American musician and producer Jonathan Wilson, released in March 2020 via Bella Union.

Jonathan Wilson released his debut major label solo album Gentle Spirit in 2011 to critical acclaim and featured in many music magazines Top 50 albums for the year, including Mojo (#4) and Uncut (#16). Wilson is a multi instrumentalist playing guitars, keyboards, and percussion.

Jonathan Wilson most recently featured on Roger Waters latest solo album Is This The Life You Really Want? (2017) and then went on tour from May 2017 until December 2018 joining Roger Waters’ epic Us+Them tour as musical director, guitarist and vocalist, singing the David Gilmour leads.

Following this tour, Wilson chose to temporarily leave his Los Angeles- based home and studio and head to Nashville to work with a revered group of musicians and co-producer Pat Sansone of Wilco, to create Dixie Blur, his most personal, accessible and fully realized work to date.

Jonathan Wilson masterfully strikes a balance as he reaches back to the musical foundation of his upbringing while simultaneously moving forward by infusing the music with modern textures and aesthetic soundscapes, thus producing the aptly titled, Dixie Blur.

This double album 2LP record set is a limited edition on 180 gram mint coloured vinyl housed in a die-cut single sleeve with printed inner sleeves and a 20 page booklet and download code, pressed in Europe via Bella Union and BMG. 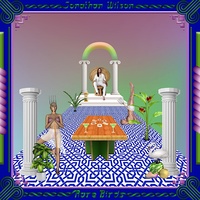