Throughout the 1960s, John Mayall's Bluesbreakers acted as a finishing school for the leading British blues-rock musicians of the era. Guitarists Eric Clapton, Peter Green, and Mick Taylor joined his band in a remarkable succession in the mid-'60s, fine tuning their playing with Mayall before going on to join Cream, Fleetwood Mac, and the Rolling Stones, respectively. John McVie and Mick Fleetwood, Jack Bruce, Aynsley Dunbar, Dick Heckstall-Smith, Andy Fraser (of Free), John Almond, and Jon Mark also played and recorded with the band for varying lengths of times in the '60s.

This album features the young Mick Taylor with writing credits on the songs "No Reply" (with Mayall) and "Hartley Quits".

The songs "No Reply" and "She's Too Young" were released as a single by Decca.

This LP Record is on 180 Gram Audiophile Vinyl housed in a Gatefold Sleeve, pressed in Europe. 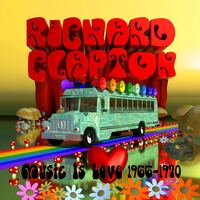