The album was produced by Ross Fraser and continued the use of his core touring band at that time to record the album. Australian musician and keyboardist David Hirschfelder provides an integral role in the sound of the album contributing keyboards, arrangements and programming.

The album continues with the successful adult orientated pop sound of Whispering Jack and Age of Reason, with another strong set of memorable pop rock songs.

Three singles released from the album reached the Top 10 in the Australian Singles charts and helped to promote the album together with a national tour undertaken by Farnham and band in 1990. The album has sold more than 500,000 copies since it’s release and also found some chart success in European countries.

Check out the singles:  “Chain Reaction”; “That’s Freedom”; “Burn for You” and “In Days to Come”.

This LP record is a 2017 reissue on black vinyl with an inner sleeve, pressed in Australia. 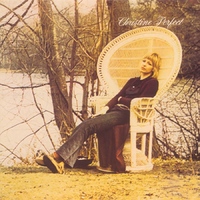