Jebediah are an Australian alternative rock band formed in 1994 in Perth, Western Australia by Chris Daymond on lead guitar, Kevin Mitchell (aka Bob Evans) on lead vocals and rhythm guitar, and Vanessa Thornton on bass guitar. They were joined a year later by Kevin's older brother, Brett Mitchell, on drums.

After winning the National Campus Band Competition, the group were brought to national attention when their 1996 single "Jerks of Attention" received heavy airplay on Australian alternative radio station, Triple J – which was followed by their breakthrough debut album, Slightly Odway in 1997.

Their second album was produced by Mark Trombino, who has worked with bands such as Jimmy Eat World, Blink-182 and Knapsack.

The first single from the album was “Animals”, followed by “Feet Touch The Ground”, “Please Leave” and promo single “Star Machine”. 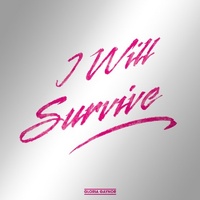