Welcome To Wherever You Are is the eighth studio album by Australian rock band INXS, originally released in August 1992 via EastWest Records in Australia, Atlantic Records in the US and Mercury Records in Europe.

In late 1991, the band commenced work on their follow-up studio album to the massive hit albums Kick (1987) and X (1990) in Sydney. The band decided to work with Australian producer Mark Opitz who had produced their 1982 album Shabooh Shoobah.

For this album, INXS focused on shifting their musical direction by incorporating a much more "rawer" sound. To achieve this, a variety of techniques were used during production, such as stripping down the polished sound that was present on their previous albums produced by Chris Thomas. Heavy distortion was used on the guitars. Opitz and Hutchence also used heavy distortion on the vocals, an experience that Hutchence enjoyed. In a 1992 radio interview promoting the release of Welcome to Wherever You Are, guitarist Tim Farriss recalls the same technique used in producing music in the 1960s: "Sometimes they used to mix the vocal back so the band would sound louder, punchier and harder".

The album includes the work and sound of the Australian Concert Orchestra on the songs "Baby Don't Cry" and "Men and Women". The band recorded both tracks live in the studio, with the 60-piece orchestra being conducted by Colin Piper and engineered by Neil Sandbach. For the opening track "Questions", guitarist and saxophonist Kirk Pengilly used a brass horn to compose a Far East sound. Australian singer Deni Hines was hired to provide backing vocals on the album's third single, "Not Enough Time" and "Strange Desire".

Many of the band members were going through significant things in their personal lives, so recording of the album was undertaken primarily with Andrew and Michael and Mark Opitz.

The album received generally positive reviews upon release.  Q magazine rated the album with 4 stars and called it "... a far more engaging and heartfelt collection than anything the group has put out in recent memory ... It rocks," and listed it as one of the 50 Best Albums of 1992.

This LP record is a “Back to Black” series 2017 reissue on 180 gram heavyweight vinyl housed in a gatefold sleeve and digital download, pressed in Europe via Mercury Records. 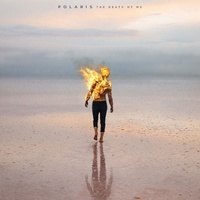