Shabooh Shoobah is the third studio album by Australian rock band INXS, originally released in October 1982 via WEA Records in Australia, ATCO Records in the US and Mercury Records in Europe.

Shabooh Shoobah was their first major record label release.  After having funded the recording of the song “The One Thing” themselves with producer Mark Opitz, they garnered interest from Warner Music in Australia, leading to a record contract covering Australia and the US. They also signed with PolyGram for the UK and Europe.

The album was produced by Mark Opitz, and the band felt comfortable with him as producer, who pushed a sound with big drum beats and guitar sounds. Majority of the songs were co-written by Andrew Farriss with Michael Hutchence.

The album was their first to be released both in Australia and internationally and the lead single “The One Thing” cracked the Top 30 on the US Billboard Hot 100 Singles chart, and also reached #14 in Australia.

The album peaked at #5 in Australia and #46 on the US Billboard 200 Albums charts. The album remained on the Australian album charts for 94 weeks. 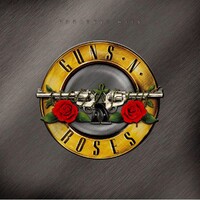