Elegantly Wasted was to be the final studio album written and recorded with lead singer Michael Hutchence before his death in November 1997.

After taking a break at the completion of their recording contract with Atlantic Records in 1994, the band reconvened in 1996 to commence work on a new studio album. The songs were written by Andrew Farris and Michael Hutchence and the band chose to work with producer Bruce Fairbairn, recording most of the basic tracks at Armoury Studio in Vancouver, Canada.

In an interview with The Album Network magazine in March 1997, Hutchence said, "We really wanted to get off the old carousel for a while. As a band, we have recorded an album every twelve to eighteen months over the last five or six years. This helped to create a situation resulting in a lot of personal and business friction within the band, as well as the record label, at the time of the completion of our last studio album Full Moon, Dirty Hearts. With the completion of the album, we also fulfilled our contract with Atlantic Records. So, it just seemed like the logical time to take a break"

The title of the album was thought up by Hutchence, with the single itself trying to recapture the magic and groove of the Kick album, particularly the single, "Need You Tonight".

The album received mixed reviews upon release and did not achieve the same level of commercial success as their prior albums, peaking at #14 on the Australian, #41 on the US and #16 on the UK Albums charts.

INXS embarked on a 20th Anniversary tour in support of the Album commencing in the US in April 1997. They were due to play thirteen dates around Australia commencing on 23 November 1997, however they were called off due to the passing of Hutchence on 22 November 1997.

Check out the tracks:  “Elegantly Wasted”; “Everything”; “Don’t Lose Your Head”; and “Searching”.

This LP record is a “Back to Black” series reissue on 180 gram heavyweight vinyl with replicated album artwork and digital download code, pressed in Europe. 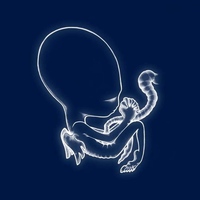