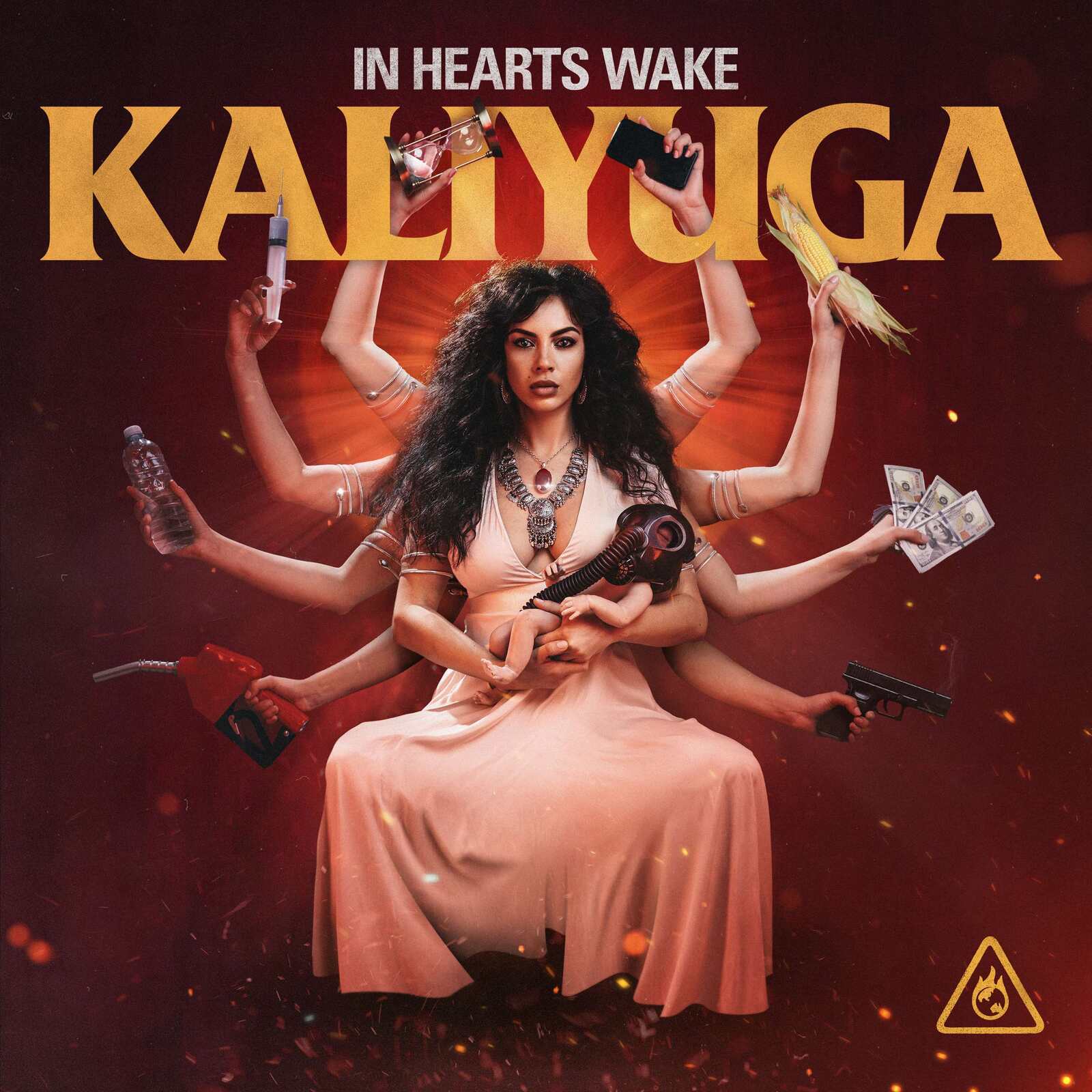 Kaliyuga is the fifth studio album by Australian metalcore band In Hearts Wake, released in August 2020 via UNFD Records.

Kaliyuga completes the journey of the elements, a path that was laid out with their previous records: Earth (Earthwalker), Wind (Skydancer), Water (Ark) and now Kaliyuga brings us to Fire.

Long-time champions of the earth, their last three albums all debuted in the Top 5 of the Australian ARIA album charts with each album pushing the barriers of what is possible in the realms of sustainability within their own world as well as encouraging others to join them on their mission to help save the planet.

For this album, the vinyl packaging was manufactured using recycled materials and its carbon footprint offset upon completion. It has been intentionally left unsealed to further reduce the amount of plastic produced in the making of this record. In line with their commitment to serve the environment, In Hearts Wake vow to plant one tree for every unit sold.

The album features guest vocals from Jamie Hails of Polaris on “Hellbringer”, Georgia Flood on “Crossroads” and Randy Reimann of Massappeal on “Iron Dice”.

The album was produced by Josh Schroeder.

The album has been met with positive reviews from music critics and has reached #3 on the Australian ARIA albums chart.

This album is a limited edition of 500 copies on smoke white coloured vinyl housed in a full colour matte sleeve with an OBI strip and 16 page booklet, pressed in Australia via UNFD.