Ark is the fourth studio album by Australian metalcore band In Hearts Wake, released in May 2017 via UNFD Records.

Occasionally, an album arrives at the same time, offering respite in the form of an all-out aural assault. In 2017, that album is Ark.

Ark makes a strong statement right from the outset, with the title track, which is a minute-long ambient set-up for the album, establishing its ‘water connects us all’ concept. Then “Passage” explodes in melodic fury and all hell breaks loose.

Of course, the juxtaposition of fury and melody is what this band and what this sub-genre of heavy music is all about, and it is all over this record. The ‘light’ is probably best exemplified by the emotive, almost ‘ballad’ “Arrow”, which is sure to get cigarette lighters (or mobile phones as it is these days) waving in the air when they play live.

At the other end of the spectrum, “Overthrow” is a pounding, throbbing hard-rocker that will undoubtedly cause mosh pits to erupt.

Elsewhere, that heavy/melodic trade-off exists very happily and enjoyably within the context of a single song, arguably to best effect on “Nomad”, “Passage” and “Warcry”.

Rounding things out very nicely indeed is the strange, but strangely compelling “Now”, an ambient outro that really does give the feeling of being totally immersed in water, and hearkens back to the ocean-inspired soundscape of the intro “Ark”.

All up, this album is a highly enjoyable voyage across alternately calm and heavy seas, and is sure to please fans of the melodic metalcore/post-hardcore sound no end.

From the dizzying convulsions of “Warcry” to the soaring “Arrow”, the clean, melodic moments are as arresting as its high-octane peaks. Ark is a winner, and In Hearts Wake firmly cement themselves as one of Australian metal’s greatest.

Check out the tracks: “Passage” and “Warcry”.

This LP Record is on yellow with blue splatter vinyl with a gold foil printed sleeve and inner sleeve, pressed in Australia and limited to 1,200 copies. 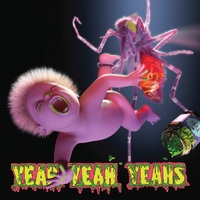