Ilse DeLange is a Dutch country and pop rock singer-songwriter, who as a member of The Common Linnets, she finished in second place at the Eurovision Song Contest 2014.

Gravel & Dust, the new album by Dutch musician Ilse Delange is a step forward, and at the same time a return to its source. She collaborated with the man who plays a leading role in the music that inspired her debut 21 years ago. At her request, producer Patrick Leonard, with whom she worked on The Great Escape, introduced her to T-Bone Burnett, one of the most striking, recognizable and completely authentic producers in the world.

It is more than a collection of ten songs, it is an album. A unity of atmosphere, an introverted, warm declaration of love to a soothing source of music love. It is as if T-Bone Burnett has placed Ilse DeLange in a room, on a stool with a guitar, and directed one spot on her, with musicians around her in the twilight who are so good that they don't feel the need to prove. Not a word too much, not a note for the note, nowhere virtuosity for the bravado: on Gravel & Dust every chord and sentence is subservient to the southern American atmosphere of subdued melancholy.

This album is on 180 gram black audiophile vinyl housed in a gatefold sleeve with printed insert, pressed in Europe via Music On Vinyl. 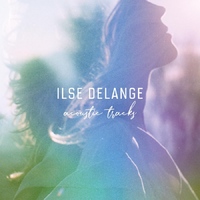