Ilse DeLange is a Dutch country and pop rock singer-songwriter, who as a member of The Common Linnets, she finished in second place at the Eurovision Song Contest 2014.

Ilse DeLange Acoustic Tracks can be linked to her self-titled 2018 album. Four songs from that album are re-recorded as acoustic versions, and presented on this four track EP. These "naked" songs consists of three bonus tracks from the album and "Lay Your Weapons Down", before only available as a digital release.

Ilse DeLange celebrated her 20th anniversary as a musician in 2018 with a brand new album. The last couple of years she was working on the successful project The Common Linnets and now she's back to hit the road again as a solo artist.

This 10” EP is a limited edition of 1000 individually numbered copies on heavyweight green coloured vinyl, pressed in Europe via Music On Vinyl. 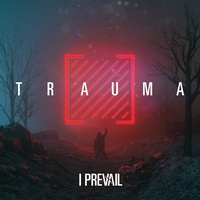