Their breakthrough single "My Girl" was accompanied by a video clip featuring a dog trainer with his once champion greyhound. This was closely followed by "I Want You Back", which featured animated plastic model dinosaurs. Both videos were aired frequently raising the group's profile around the country.

The title for the album Stoneage Romeos is taken from a Three Stooges short film, and the the Australian album cover artwork was designed by Yanni Stumbles, sported a cartoonish nod to the 1966 caveman flick One Million Years B.C., all with menacing dinosaurs and day-glo colours.

The album took home the award for Best Debut Album at the 1984 Countdown Music Awards in Australia.

The album Stoneage Romeos sold strongly in Australia, reaching #29 on the Australian albums charts, and garnered interest in the US, where it was released in the US via A&M Records, sporting different cover art. The album reached #1 on the US College Radio charts.

This album is a 2018 reissue on 180 gram yellow coloured vinyl with a printed insert and remastered audio, pressed in Australia via Big Time Records. 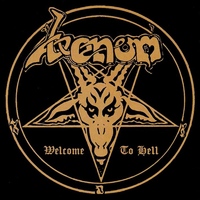