The band was formed in 2015 by Alice Cooper, Johnny Depp and Joe Perry to honor the music of the rock stars who died from excess in the 1970s.

Alice Cooper‘s well-known focus of the macabre and embrace of the death stench that seemed to surround rock ‘n’ roll in the early ’70s inevitably led him to the Hollywood Vampires, an all-star project that makes a furious attempt at resurrecting “dead drunk friends” – or at least the debauched ethos that once surrounded their music. The band name derives from The Hollywood Vampires, a celebrity drinking club, formed by Cooper in the 1970s and included Lennon, Keith Moon, Micky Dolenz, Harry Nilsson and others

Late horror legend Christopher Lee opens the album with a passage from Bram Stoker’s Dracula: “Children Of The Night”, he concludes ominously, “what music they make.” The original “Raise The Dead” carries the theme, and is followed by updates of classic-rock favorites like the Who‘s “My Generation”, Hendrix’s “Manic Depression” and Led Zeppelin‘s “Whole Lotta Love” (replacing Jimmy Page‘s guitar solo with Cooper’s scalding harmonica is a nice touch). Hollywood Vampires hits its stride when the group tackles deeper cuts like the Small Faces‘ “Itchycoo Park”, Lennon’s “Cold Turkey” and Spirit’s “I Got A Line On You”.

It’s all sewn together by some famous friends, including Paul McCartney, who stopped by one of the sessions and ended up playing on a cover of “Come And Get It”, a hit song he wrote for Badfinger. Brian Johnson, Dave Grohl, Ringo‘s son Zak Starkey, Robby Krieger, Joe Walsh and Slash also sit in.

Ultimately, however, the project rises and falls on the strength of Cooper, the core member who has the strongest connection to the original era. But he also provides the death-mocking theater needed to pull off something like this.

That spirit is best heard on “My Dead Drunk Friends”, the album-closing original in which they sing, “I’m raising my glass and tossing it back but I can’t remember why / So let’s have another for all of my brothers who drank until they died.” Hollywood Vampires move away from the maudlin here as the song evolves into a raucous sea chantey where the assembled crew happily brays, “We drink and we fight, and we fight and we puke, and we puke and we fight, and we drink … and then we die.”

Somewhere, Cooper’s dead, drunk friends are probably sharing a rueful laugh over all this. He wouldn’t have it any other way.

This double album 2LP record set is on black vinyl housed in a gatefold sleeve, pressed in Europe via Republic Records. 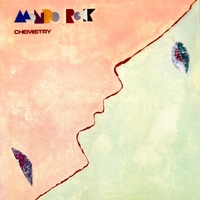 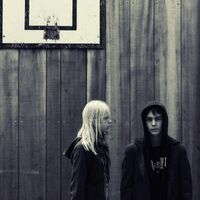