Live Through This is the second studio album by American alternative rock band Hole, originally released in April 1994 via DGC Records.

Hole was an American alternative rock band formed in Los Angeles, California in 1989, and was founded by singer and guitarist Courtney Love and guitarist Eric Erlandson. Hole released a total of four studio albums between two incarnations spanning the 1990s and early 2010s, and became one of the most commercially successful rock bands in history fronted by a woman.

Their second album, Live Through This (1994) featured less aggressive melodies and more restrained lyrical content as compared to their 1991 debut album Pretty On The Inside.

The album was produced by Sean Slade and Paul Q. Kolderie. The lyrics and packaging reflected Love's thematic preoccupations with beauty, and motifs of milk, motherhood, anti-elitism, and violence against women, while Love derived the album title from a quote in the movie Gone With The Wind (1939).

Live Through This was widely acclaimed and reached platinum status within a year of its release. The album is now regarded as a contemporary classic, and was included in Rolling Stone's list of The 500 Greatest Albums of All Time, as well as being featured on the list 1001 Albums You Must Hear Before You Die. The album was also named the 84th greatest album of all time in a list produced by NME in 2013.

This album is a 2016 reissue on 180 gram black vinyl, pressed in Europe via Geffen Records. 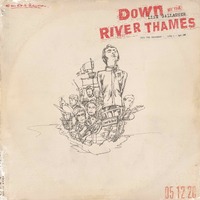