This album was produced by members Suffa (Matthew Lambert) and DJ Debris (Barry Francis). The album features the ARIA Award winning first single "Clark Griswold" ft. Adrian Eagle released in July 2018, which was an ode to the National Lampoon’s Vacaton movies. The second single from the album "Leave Me Lonely", was released in November 2018. A third single "Exit Sign" ft. Illy and Ecca Vandal was released from the album in February 2019.

The Great Expanse debuted at #1 on the Australian albums charts, making it the group's sixth number one and setting a new ARIA record for most #1 albums by an Australian band or group.

This double album is a 2LP limited pressing on green splatter coloured vinyl housed in a gatefold sleeve with printed inner sleeves, pressed in Australia via Golden Era Records. 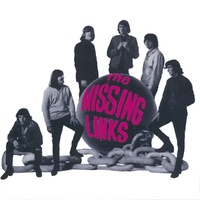