Harry Styles is the debut studio album by English singer-songwriter Harry Styles, released in May 2017 via Columbia and Erskine Records.

The album has been described by various music publications as a collection of soft rock, rock, Britpop and pop. It was preceded by the release of its lead single, "Sign of the Times", followed by two further singles "Two Ghosts" and "Kiwi".

The album received generally positive reviews from music critics and debuted at #1 on the UK, US and Australian albums charts.

This album is on 180 gram heavyweight black vinyl with a 12 page booklet and download code, pressed in Europe via Columbia Records. 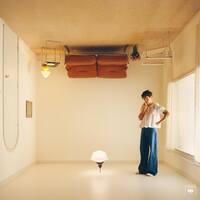