Green Day - Father Of All…

Father Of All… is the thirteenth studio album by American punk rock band Green Day, released in February 2020 via Reprise Records.

Formed in 1986 in Berkeley, California, Green Day is one of the best-selling bands of all time, with more than 70 million records sold worldwide. Their 1994 breakout album Dookie, which sold over 10 million, is widely credited with popularizing and reviving mainstream interest in punk rock, catapulting a career-long run of hits.

Green Day’s thirteenth studio album Father Of All... is just as anticipated as those that came before it and has already seen the release of three singles “Father Of All”, “Fire, Ready, Aim” and “Oh Yeah!”.

This is the shortest Green Day album released to date with the ten tracks clocking in at just over 26 minutes, giving the listener a short sharp burst of catchy hooks from start to finish.

This album is on standard black vinyl with a printed insert, pressed in Europe. 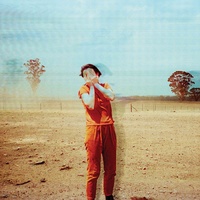