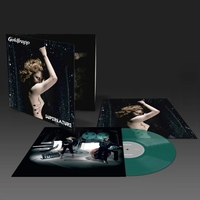 With their Black Cherry album, Goldfrapp moved emphatically away from the folky, filmic forays of their debut Felt Mountain to explore edgier, sexier themes.

Supernature, their third long-player, continues to probe this more "adult" world, lashing together lascivious electro, cascading synths and the exhumed spirits of artists like Gary Numan and Giorgio Moroder.

Lead single “Ooh La La”, with its cosmetic sheen and hedonistic pop feel, is a good indicator for the rest of the album. The aphotic, flirtatious pulse of tracks like “Ride A White Horse” and “Koko” contrast subtly with spectral dream-pieces such as “Let It Take U” and “U Never Know”, while Goldfrapp's vocals (dripping here with a digitized sensuality) and Gregory's arching soundscapes, provide textural continuity.

Occasionally vampish and consistently visceral, this is a classy excursion into Goldfrappian gothic dance- pop.

This album is a 2020 reissue on translucent green coloured vinyl housed in a gatefold sleeve with exclusive art print, pressed in the UK via Mute. 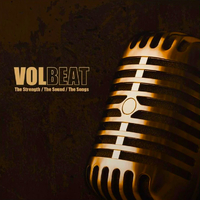