The Positions is the debut studio album by Australian rock band Gang Of Youths, originally released in April 2015 via Mosy Recordings.

Their debut album, The Positions, peaked at #5 on the Australian ARIA albums chart in May 2015 and was nominated for multiple ARIA Awards.

Rod Yates of Rolling Stone Australia said the "…record so emotionally bruised and honest that it at times feels like you’re listening in on a conversation between frontman Dave Leaupepe and the girl in question" adding "the album oscillates between Kings of Leon style grandeur, Bruce Springsteen-esque storytelling and sounding like it could fall apart at any second – which, emotionally, is fitting...”

This double album 2LP record set is a 2018 reissue on 180 gram black vinyl housed in a gatefold sleeve, pressed in Australia via Mosy Recordings. 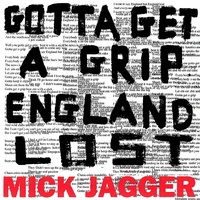