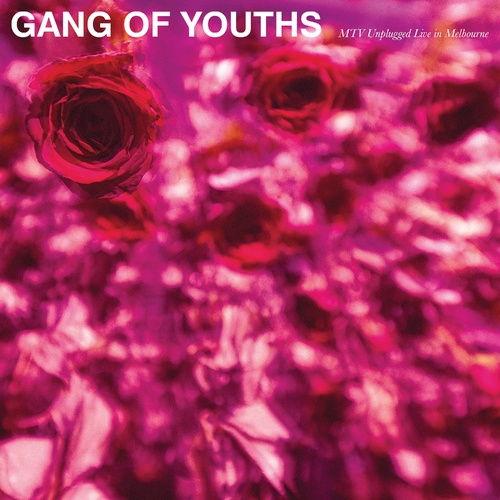 MTV Live In Melbourne is the first live album by Australian rock band Gang Of Youths, released in October 2018 via Mosy Recordings.

This ten track live reworked set included nine tracks from their 2017 ARIA award winning album of the year Go Farther In Lightness. The closing track “Still Unbeaten Life” was taken from their 2016 EP Let Me Be Clear.

The recording took place at Cobblestone Pavilion, West Melbourne on 25 July 2018 and was broadcast on MTV Australia on 19 August 2018.

Max Dunn (bassist) said the performance was a “pretty important moment” for the group. Dunn said “It's a cool chance to do something a little different and stretch ourselves and give the fans a little more experience of the songs. That's kind of the main thing. In terms of ‘MTV Unplugged’, it’s an important thing from back in the day and it's cool that it's happening and we get to be a part of it.”

This double album is a limited edition of 850 copies on standard black vinyl housed in a gatefold sleeve, pressed in Australia via Mosy Recordings.